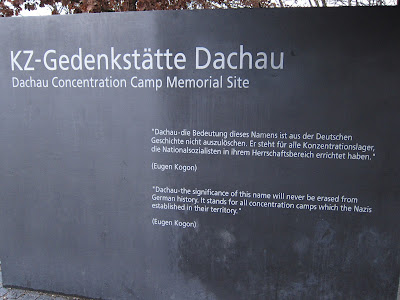 The Dachau Concentration Camp was set up on 22 March 1933 to house political prisoners. Located near the outskirts of Munich, Dachau was the prototype for German concentration camps that came after.

At the entrance of the camp, one can still see the words "Arbeit Macht Frei" are still reflected on the entrance gate to the camp. In English, it is translated to mean "Work Makes You Free". 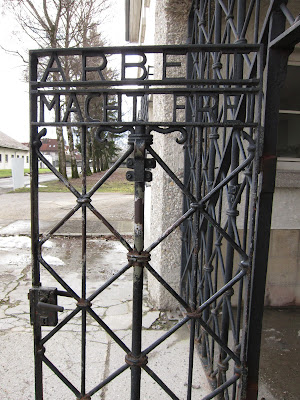 In operation for twelve years from 1933 to 1945, Dachau served as a concentration camp for political dissidents like Communists, Jews, Poles and other inmates from different nationalities. Prisoners who were in Dachau for political reasons wore red tags, while criminals wore green. 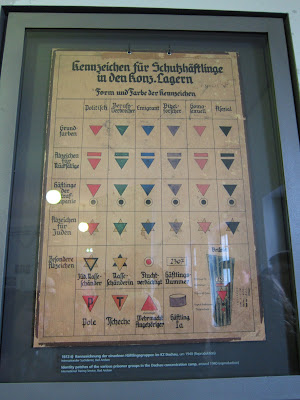 Dachau was split into two areas - the main camp where prisoners lived, and the crematorium where the dead where sent to be cremated. 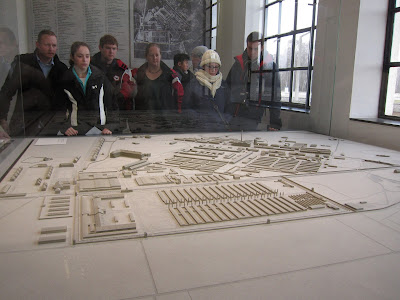 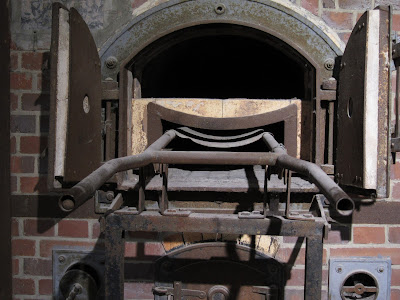 From top to bottom: a replica layout of the camp; prisoner barracks;
and a replica of the crematorium.

Living conditions were unhygienic and were "beyond human dignity", where overcrowding, poor sanitary conditions and lack of food caused widespread epidemics like typhus to occur within the camp. 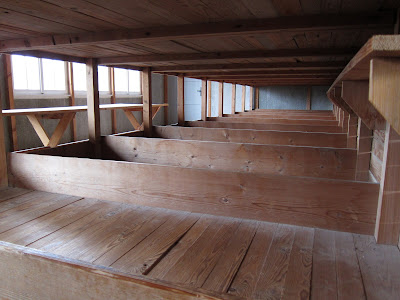 Bunk beds where the inmates slept in the barracks

Belongings of dead prisoners were sent to the incinerator building to be burnt, or disinfected in disinfecting chambers. 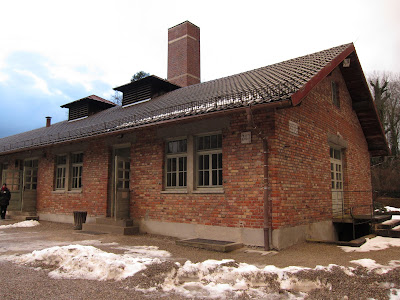 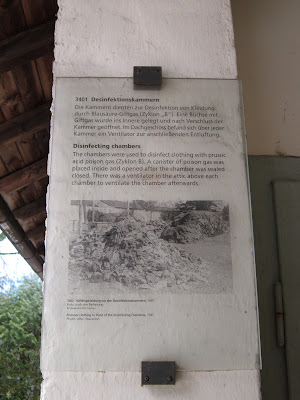 From top to bottom: the incinerating room where the clothes of
prisoners were burnt; a description of the disinfecting chambers.

It is estimated that around 200,000 prisoners from 34 nations died and suffered in Dachau. 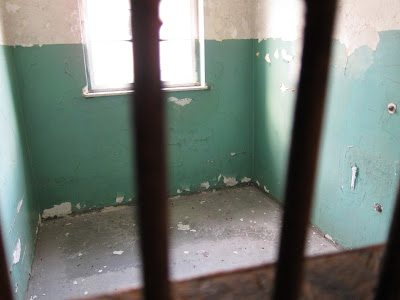 A view of the jail cells used by the prisoners.

In April 29, 1945, American soldiers liberated the prisoners. The Memorial Site was established in 1965 following the wishes of the surviving prisoners, and a new exhibition was created, following the theme of "Path of the Prisoners".

The Dachau Concentration Camp Memorial stands today as reminders of the history of the past, but it also serves as a inspiration of the tenacity of the human spirit, courage, and above all; hope.
Posted by NATASTRAVEL