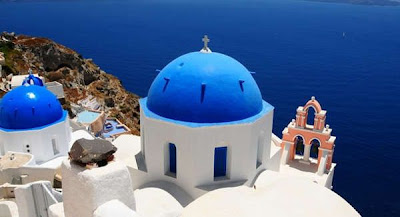 OVERVIEW :
Greece is one of the world's most popular tourist destinations, ranking in the world's top 20 countries. According to the Greek Ministry of Tourism, the nation received about 17 million visitors from January to mid August 2007, a large number for a small country of 11 million. Visitors are drawn to the country's beaches and reliable sunny summer weather, its nightlife, historical sites and natural beauty. 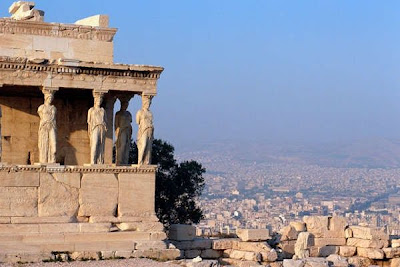 Visit the Historic Sites in Athens
When considering things to do in Greece, it only seems natural to schedule an itinerary for Athens. Athens has some of the most famous attractions in Greece, from the Acropolis to the Parliament Building at Syntagma Square. The world class museums in Athens, like the National Archaeological Museum and the Benaki Museum, are more than worthy of a visit, and will give added insight and understanding into the many historic Greece attractions spread throughout the country. Wander around the ancient agora and visit the Kallimarmaron stadium to see where the ancient Panathenaic Games were held.

Soak Up Some Sun in the Greek Islands
This is easily among the top things to do in Greece. Especially in the summer, the beaches of Greece are at the top of the list of attractions in Greece. While you can find plenty of isolated and serene beaches on both the mainland and the islands, the summer nightlife found at many island beaches is among the best in all of Europe. On islands like Crete, Santorini and Mykonos, the beaches are the place to be in the summer. Scores of tourists and native Greeks head to the Greek islands beaches to enjoy the refreshing blue waters of the Aegean Sea and take in the evening sunsets. There are also many naturist beaches in the Greek islands, if you are looking for them.

Take in a Show during the Hellenic Festival
Every summer in Athens, the Hellenic Festival is in full swing, and it is among the most popular and significant events in Greece. The Hellenic Festival celebrates the performance arts and at the Odeon of Herodes Atticus theatre, musical and dance performances by international and national artists are featured. The ancient theatre provides a stunning venue for such shows. There are also popular music concerts held during the festival atop Lykavittos Hill and theatre performances at the Ancient Theatre of Epidaurus and the Little Theatre of Epidaurus. Where better to see a recreation of a Greek tragedy than in Athens?

Take a Bus and Guided Tour to Olympia
Among the many attractions in Greece, the ruins at Olympia are one of the most popular. From Athens, or the city of Pyrgos, you can arrange a guided tour to these ruins to get the full appreciation. Tourist attractions in Greece rarely get more historically significant than this. Olympia was the location for the ancient Olympic Games and here you will find the remnants of an old stadium and sprinting track, as well as the ruins of the once great Temple of Zeus. The Temple of Zeus once housed the great Statue of Zeus, which was one of the Seven Wonders of the Ancient World.

Visit the Soaring Rocks and Monasteries of Meteora
First of all, the landscape is amazing here. The rocks of Meteora are a conglomeration of natural rocks at the edge of the Pindus Mountains that rise to form pinnacles in the sky. These rocks were a place of refuge for monks who built an amazing series of monasteries dating back to the 13th century. Of the original 24 monasteries, only 6 remain, and they are almost unbelievably perched among the rocks. The Church of the Metamorphosis is the most famous remaining monastery and offers a wonderful small museum. This area easily ranks among the best Greece attractions. 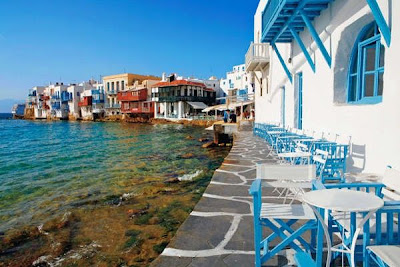 Take a Wine Tour on the Islands of Crete and Santorini
Greek wine is steadily gaining popularity, and as if these islands weren’t already among the top tourist attractions in Greece, you can add a wine tour on them to your list of things to do in Greece. On the island of Santorini, the volcanic-rich soil makes for some unique tasting wines. On Crete, wine production can be traced back in history to the Minoans, and visiting one of today’s wineries is a nice diversion in between enjoying the mountains and beaches of Crete.

WEATHER:
Greece has a Mediterranean climate with plenty of sunshine, mild temperatures and a limited amount of rainfall.

Due to the country's geographical position, its rugged relief and its distribution between the mainland and the sea, there is great variation in Greece's climate.

In summer, the dry hot days are cooled by seasonal winds called the meltemi, while mountainous regions have generally lower temperatures.

The winters are mild in lowland areas, with a minimum amount of snow and ice, yet, mountains are usually snow-covered. Moreover, a common phenomenon is the occurrence of different climactic conditions during the same season (for instance, mild heat in coastal areas and cool temperatures in mountainous regions).

PASSPORT AND VISA:
Please check with your Travel Agent.

Previous blog entries written on Greece: A trip down to Athens, Greece and My fairytale, my kingdom. My castle, my knights.